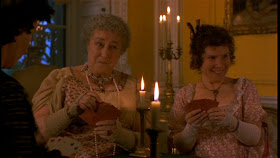 
Complete The Quotes
(also guess the novel it comes from)
7. "A large income is the best recipe for happiness I ever heard of." - Mary Crawford, Mansfield Park
8. "It darted through her with the speed of an arrow that Mr Knightley must marry no one but herself." - Emma
9. "Think only of the past as its remembrance gives you pleasure." - Elizabeth Bennet, Pride and Prejudice
10. "After all that romancers may say, there is no doing without money." - Isabella Thorpe, Northanger Abbey


Country Houses
(tell me which characters lives in these houses)
11. Kellynch - In Persuasion Kellynch is owned by Sir Walter Elliot who lives there with his daughters Elizabeth and Anne, later rented by Admiral and Mrs. Croft who have Captain Wentworth stay with them.
12. Delaford - In Sense and Sensibility Delaford is the country house owed by Colonel Brandon who later married Marianne Dashwood. Edward Ferrars and Elinor Dashwood live in the parsonage near Delaford after they are wed.
13. Southerton - In Mansfield Park Southerton is owned my Mr. James Rushworth who lives there with his mother. His new wife Maria never actually moves into the house because she runs away from her husband after a few short months of marriage.
14. Hunsford - In Pride and Prejudice Husford is occupied by Mr. William Collins who later brings his wife Charlotte Lucas there, and they are visited by Elizabeth Bennet, Sir William Lucas and Maria Lucas.
15. Woodston - In Northanger Abbey Woodston is the country parsonage home of Mr. Henry Tilney and is some 20 miles from Northanger Abbey. This is the house Henry Tilney & Catherine Morland will make their home after they are wed.


There will be no game this week because of Christmas but be on the look-out for an extra special game next week. 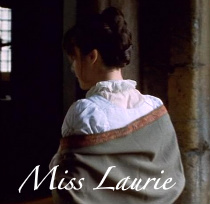 I love to hear what my readers are thinking! Please do not use bad language when commenting as my blog is here to encourage readers, not to tear them down. Thanks! :)